Tags on phone booths on Gran Vía and Callao Square in Madrid: but not on all of them: one is located at the entrance to the square, two to the right side of Cine Callao, and another in front of  the Carrión or Capitol Building.  Tags by Ron’s Club, by Mile, by Relim, in yellow and white on the black surfaces of public phones. “We know that what constitutes graffiti is in fact neither the inscription nor its message but the wall, the background, the surface (the desktop); it is because the background exists fully, as an object which has already lived, that such writing always comes to it  as an enigmatic surplus […] it is insofar as the background is not clean that it is […] suitable to everything that remains (art, indolence, pulsion, sensuality, irony, taste […])” (Roland Barthes, “Cy Twombly”, The Responsibility of Forms,1985: 167).  Tags on phone booths looking at the Capitol Building.

Tag by Relim on booth on the side of Cine Callao, on the street across the Capitol Building. 19 Nov. 2014. 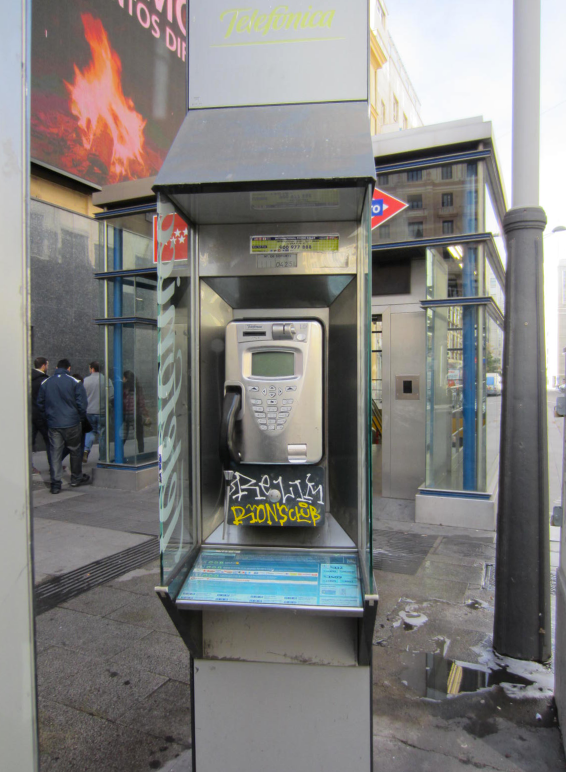 The two phone booths on the right side of Cine Callao, on the street across the Capitol Building.

Surfaces and backgrounds.  Lonesome phone booths, displaced by the massive use of cell phones and call centers. Boards on the street.  Gran Vía and Plaza del Callao: Madrid’s emblematic shopping and leisure centers from the early 20th century.  The Carrión or Capitol Building, built between 1931-1933, is, as Alan Compitello observes, “one of the anchors of the first major modernization project in Madrid, the expansion of the Gran Vía from the Calle de Alcalá to the Plaza de España (“From Planning to Design…,” 1999: 206).  Carlos Ramos highlights the utopian dimension of that section of the Gran Vía: the Capitol Building was greeted as a powerful symbol of a Madrid wanting to be modern (Construyendo la modernidad… 2010: 195).  Of course, the symbolic significance of the building and the avenue changed with time. In the 21st century, Ramos notes that, unable to produce cosmopolitan illusions, the Capitol Building supports a surviving fantasy: that of consumerism (197). 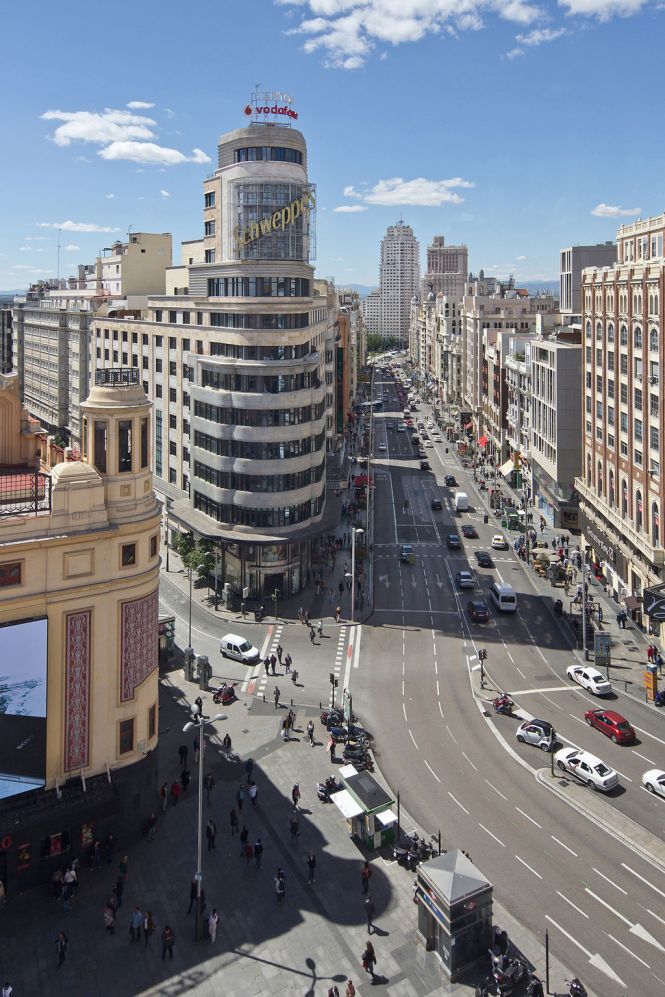 Photo by Carlos Delgado, 23 May 2014, in Wikimedia Commons. To the left, between Cine Callao and the Capitol Building (with the Schweppes sign) you can see three of the four phone booths.  The fourth (the first that appears in this post) falls outside of the visual range: it would be to the  bottom right.

Tags: graffiti: marginal writings looking at the Capitol Building.  From its position of autonomy with respect to the fictions of consumerism, graffiti on public spaces opens questions about the possible futures of the city. “[…] They are beyond urban / measurements, in a different situation  […] they discourse on other / foundations” (Diamela Eltit, E.Luminata, trans. by Ronald Christ,  1997: 121). 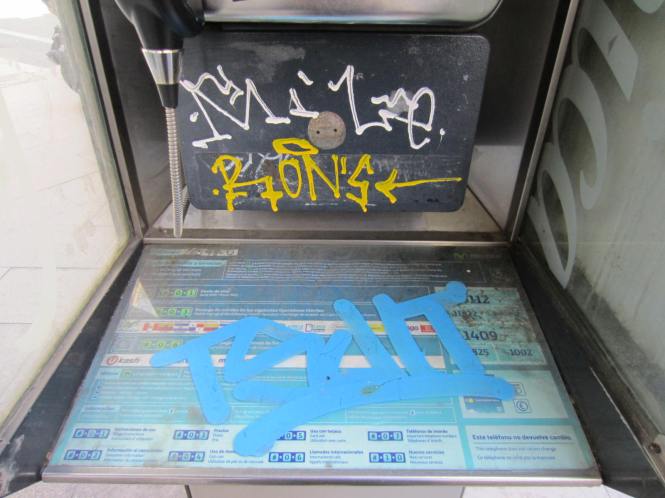 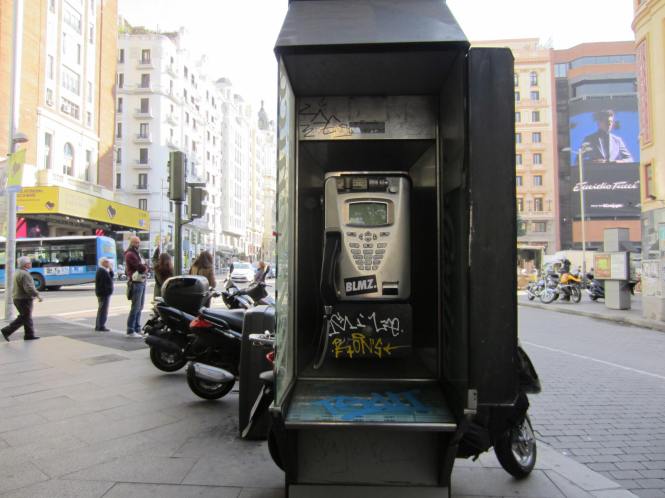 For a brief historical introduction to the Gran Vía, see this video by Benjamin Fraser, from the Gran Vía Madrid-An Interactive Digital Humanities Project, created by the members of a graduate class at the College of Charleston in the spring of 2014.  It also has a section on Edifición Carrión (Capitol Building).