Graffiti, street practices, and writing with photography in virtual space:  production of broken lines: lines of flight and encounters:  mise en abyme from Lavapiés, neighborhood in Madrid, the global city.  To walk under scaffolds and under them once again: facade of 15 Jesús y María a week later: mutations and the passage between this facade and  the other one: 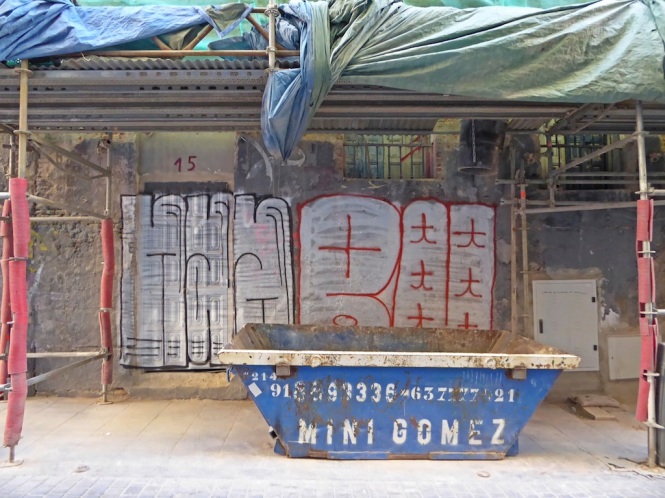 What has happened between the two facades:  duration.  Duration, proposes Spinoza in his Ethics (1677), is not  a continuum.   In his  sixth lecture on Spinoza, Deleuze observes that duration “is the lived passage, the lived transition, […] the passage from one thing to another […] ‘insofar as it is lived’” (added emphasis, 1/20/1981).  Four centuries later, continues Deleuze, Bergson makes duration into a philosophical concept insisting that duration is not a state: duration is  “the lived passage from one state to another […] what happens between two cuts.”  It is perhaps because of this that Deleuze observes that “in one sense duration is always behind our backs   It is at our backs that it happens,  It is between two blinks of the eye […] I look at someone, I look at someone, duration is neither here nor there.  Duration is:  what has happened between the two?”.  To walk among ruins, tags, and graffiti.  To assemblage, say Deleuze y Parnet, is to be in the middle, on the line of encounter between an interior and an exterior world  (1997).  To walk in the middle, on the border of an encounter. 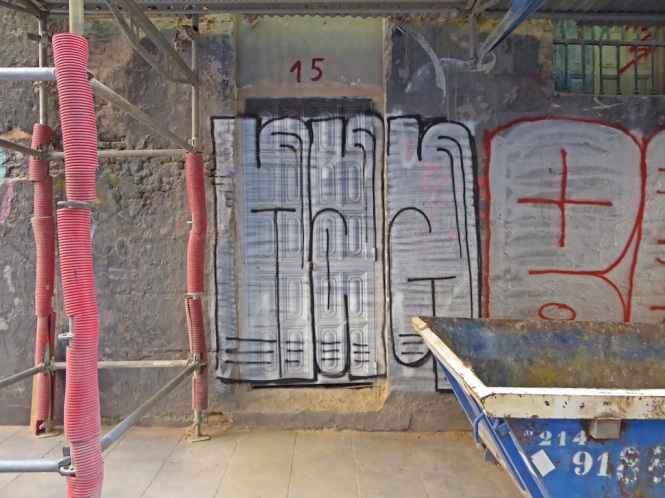