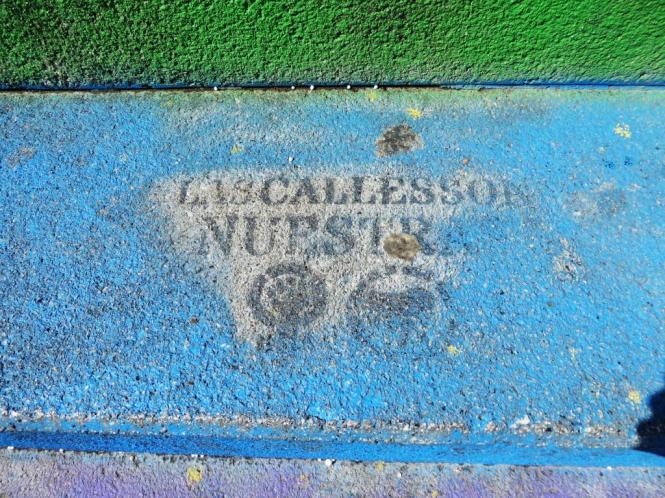 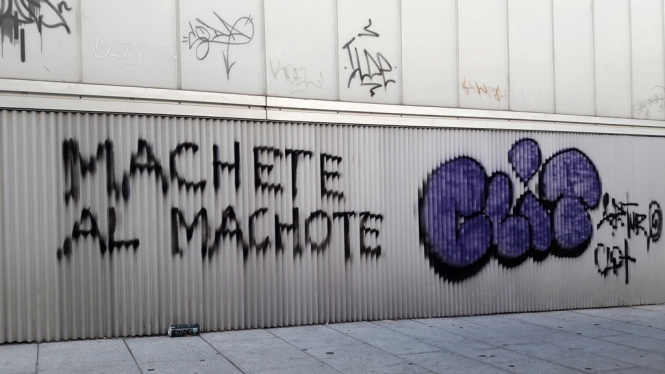 In the middle, where everything takes speed, make maps: walking down the street, on ground level, a feminist stencil: in red spray against the gray of the stone, a clenched raised fist within the mirror of  Venus: the symbol of women’s power and of the women’s liberation movement: 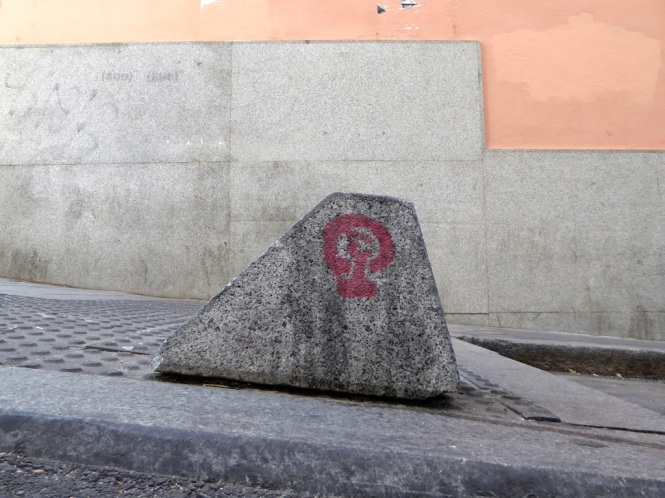 The stencil does not stand alone:  END_OF_DOCUMENT_TOKEN_TO_BE_REPLACED

Forms of intervention in the city, using the street as a platform: Calle de Ministriles Chica, Lavapiés, Madrid, January 2016. Wheapastes with white background, displaying a brief biographical note on the left, a black and white photo on the right, and a statement of intent under each photo: in this neighborhood,  “to exercise a practice of memory…to introduce and to value” the struggles of those “women, lesbians, and trans who have contributed to destroy power.” This practice is understood as an act of recuperation because the social, political, and cultural struggles and achievements of these women have not been registered in the official history: 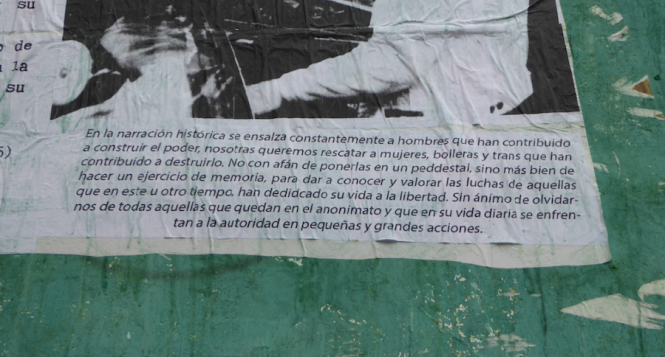 Using wheatpastes on the walls, a collective woman subject seeks to produce a circuit of acknowledgement and value for those non-normative lives devoted to freedom.  The posters do not bear a signature, so their weight focuses on the message delivered and the choice of place: meeting areas in public space.  One of them is the small plaza de Ministriles (2007), a space of END_OF_DOCUMENT_TOKEN_TO_BE_REPLACED